Our number one job and focus is to help you purchase your high-speed Sapsan train tickets as simply, hassle free and quickly as possible. We make it easy. Choose the exact seats that you want from the train that best fits your schedule by using our interactive seating charts. Pay online safely and securely and receive your e-tickets right away. Let us answer any questions that you may have about your Sapsan tickets through chat, email or phone with caring customer service specialists. We have been assisting travelers just like you for over 10 years and have issued more than 80,000 Moscow - St. Petersburg train tickets to date.

Our Commitment to You

Welcome on Board and Enjoy the Ride!

Once you have your tickets, look forward to a wonderful, smooth and quick journey on Russia’s and one of the world’s most modern, fast and cutting edge trains - The Sapsan. Buy your ticket safely and securely and then sit back and enjoy the ride!

We've collected stories and tips from fellow Sapsan train travelers to help you have the best experience possible. Our Sapsan Experience sections covers the following and more!

There are up to 14 departures every day on the various Sapsan Train Routes. Below you’ll find the main Sapsan routes. 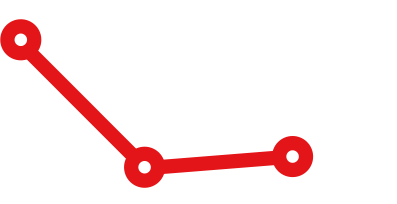 There are 6 different seating classes on every Sapsan train. This ranges from Economy (least expensive) to First Class and Private Conference Cabins.

Whichever option you choose, you can travel with peace of mind knowing that your Sapsan ticket guarantees you a clean, comfortable ride from Moscow to St. Petersburg, or any of the other Sapsan routes.

Welcome on Board and Enjoy the Ride!

Once you have your tickets, look forward to a wonderful, smooth and quick journey on Russia’s and one of the world’s most modern, fast and cutting edge trains - The Sapsan. Buy your ticket safely and securely and then sit back and enjoy the ride!

The Sapsan Train – A History

The fastest and most comfortable train in Russia is the Sapsan. Although high-speed trains have been around for a while, the Sapsan won’t only interest train afficionados. Not only does it exceed the performance of other trains, the Sapsan experience beats out other forms of travel. Getting to Russian airports outside the cities involves a number of steps, including check-ins, baggage and security. If something doesn’t go wrong in one of those steps, passengers still must change to another type of transportation to get from the airport to the city center. The costs and hassles can add up. They accumulate and take time away from seeing the sights or getting things done in Russia.

Meanwhile, the Sapsan train is one smooth ride from city center to city center. In addition to this, Sapsan trains offer larger reclining seats, movies and dining options. Many Sapsan ticket classes include WiFi, a rarity on Russian trains. With so many amenities and more room to move around, it’s no wonder that Sapsan can run ten trains per day on one line.

Free as a Bird

Named for the world’s fastest bird, the peregrine falcon, “Sapsan” trains are the fastest in Russia. They travel up to 250 km/h. To get from Moscow to St. Petersburg takes less than four hours. Meanwhile, overnight trains take over eight hours.

Russian Railways (RZD) signed a contract with Siemens in 2006 to create a high-speed railway based on Germany’s ICE 3 trains. The goal was to create a train line up to Europe’s current standards. On May 7, 2009, the Sapsan began its test runs. The train traveled up to 290 km/h. In December of that year, service began. Additional trains were added over the next years. Today, many Sapsan trains zip around between St. Petersburg, Moscow and Nizhny Novgorod each day.

Trains that had run at lower prices during the day between Moscow and St. Petersburg were affected by Sapsan’s entrance onto the rails. In towns where the railway passes through, the problems have been worse. Sapsan trains interrupt vehicle and pedestrian traffic dozens of times daily. That’s because these trains require level crossings and run so frequently. With the construction of bridges and underpasses, these problems have diminished in recent years.

Weather conditions do affect train travel, although flight cancellations often attract more attention. Those who take trains often know that even leaves on the tracks or light rain can cause problems. However, Sapsan trains can continue high speed service in temperatures as low as -50 degrees Celsius (-58 degrees Fahrenheit).

The Sapsan bullet train currently travels on two routes in Western Russia. The oldest route is St. Petersburg to Moscow via Tver, and the reverse. This route was initiated in 2009 and takes approximately 3.5 hours. Between 5:30 a.m. and 9:00 p.m., ten trains leave each of the capitals. The departure and arrival stations are Leningradsky Train Station in Moscow and Moskovsky Train Station in St. Petersburg.

Ten years into the Sapsan’s operation, RZD decided to upgrade the trains. Many trains were modernized by December 2019. They sport three new classes: Comfort, Family and a Suite Cabin. By the end of 2021, JSC RZD hopes to have updated all trains.

The wonders of Sapsan trains aren’t just for train afficionados. Sapsan trains now speed along the same route that slower but historic trains once did and still do. However, Sapsan trains cut the time in half for most Moscow to St. Petersburg train trips.

From February 24th till March 1st, passengers will be able to try a wide assortment of pancakes with a whole variety of fillings in Sapsan's bistro car.

Anti-epidemiological measures are being carried out by Russian Railways to prevent the spread of the coronavirus infection.

Excellent service. It was easy to select and book online for the SAPSAN tickets from Moscow to St. Petersburg.

Totally seamless experience. The Sapsan tickets arrived just as promised, and everything went perfectly on the train. Not much more you can ask for!

Overall this has been an amazing experience

Overall this has been an amazing experience. I appreciate the patience and professionalism. The culture in Russia is a beautiful thing. I would highly recommend this company and look forward an additional visit.

The railways's service is perfect!

I was impressed with the service of this railway company. Online booking was easy to use and comfortable to ride. I think in-car services such as free lunch service and WIFI are perfect.

Excellent experience from ticketing through the entire round trip journey. A fantastic, convenient way to travel in Russia.

Very good service, easy to use website, tickets sent by email, we went on the Saspan from Saint Petersburg to Moscow, brilliant service, had a fantastic time in Russia, would recommend anyone to go.