10 Reasons Why The Sapsan Is Better Than A Plane 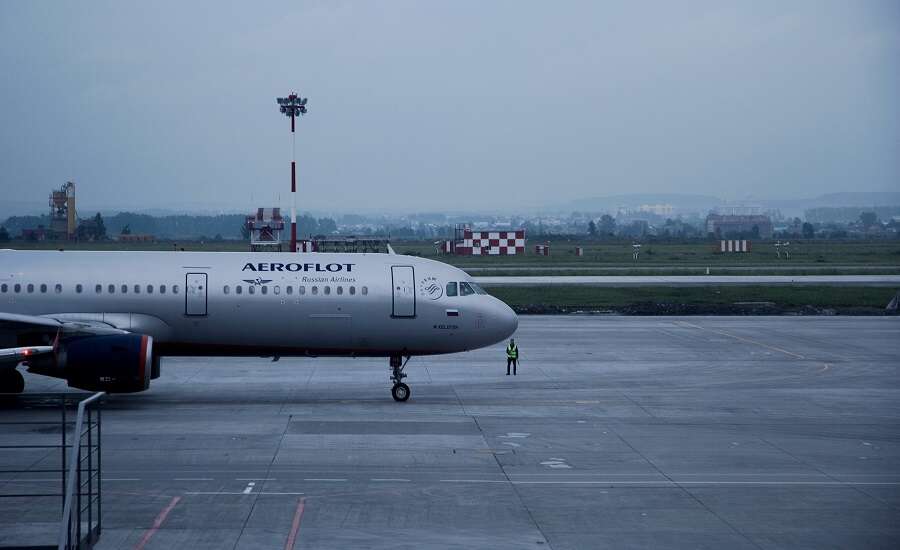 The Sapsan train vs. Airplanes

Before Sapsan zoomed on to the scene, getting to and from Russia’s two main cities, Moscow and St. Petersburg, was a slog. There was either the night train that took, well, a whole night or a plane that could be quite expensive and time consuming. Today, with all the options, it’s easy to get overwhelmed when deciding how to travel between St. Petersburg and Moscow. But as all the most seasoned travelers know, this really isn’t a difficult problem at all, Sapsan is the way to go hands down. Here are 10 reasons why:

The flight from LED-DME is deceptively short. But, the 1h 50min flight time fails to take into account the +2 hours of wasted time on either end of the flight. Train stations on the other hand, don’t have infuriatingly long security checks and a speedy baggage x-ray is the most you can expect. And thanks to the lack of passport control, there’s no need to arrive two hours early— 20 minutes should be enough. 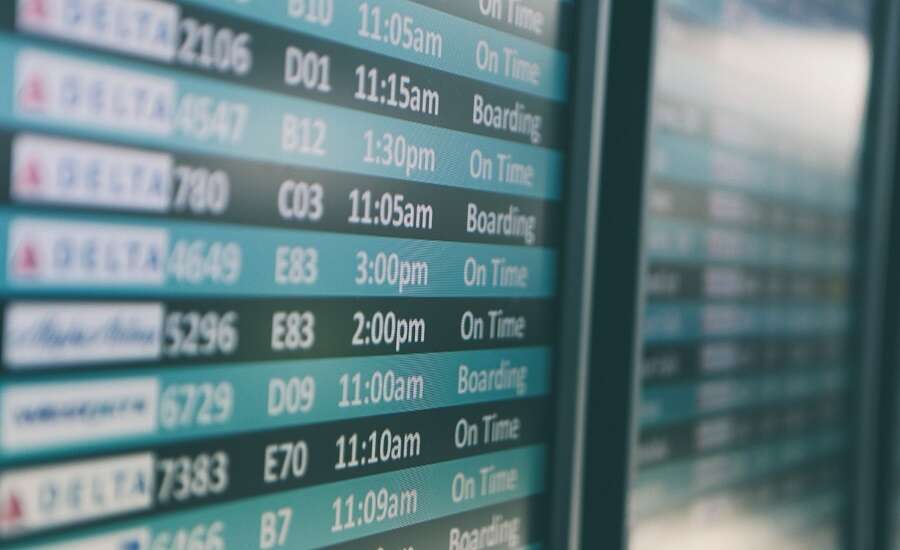 The Russian rail system is truly miraculous when compared to many of its tardy European counterparts. To say that Russian rail runs like an atomic clock wouldn’t be an exaggeration. Such is their reputation, that in the rare cases when a train is late by a mere 3 minutes, Russians raise their eyebrows in disbelief. Compare that to planes, where delays and even cancellations are an everyday occurance —especially in winter.

A lot of travelers fail to take into account the extras fees for baggage on airlines. As a general rule, only one piece of hand luggage weighing less than 7kg is free to take on board. With the Sapsan train there’s a hypothetical weight restriction of 36kg, but in reality, luggage is rarely if ever weighed. As long as you can handle all your luggage without inconveniencing others, feel free to bring as much and as many pieces as you can carry! 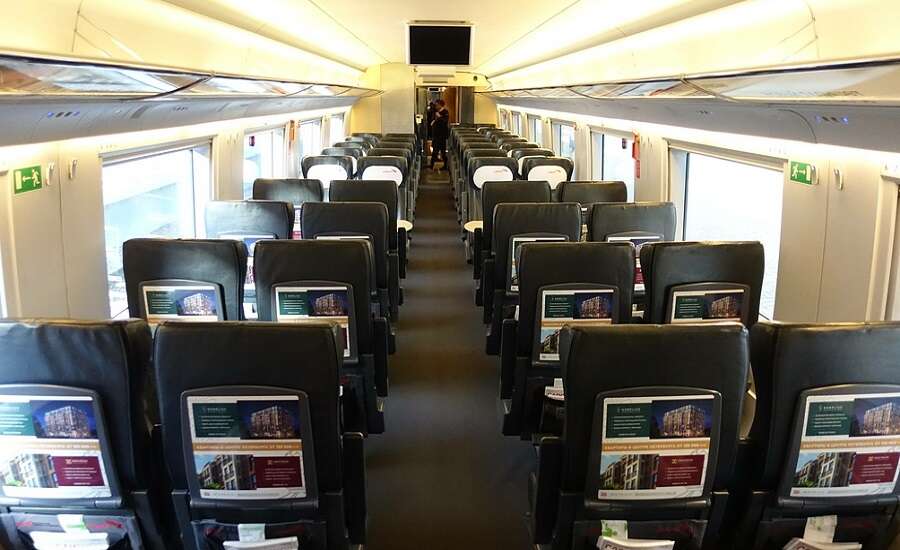 Though the seats of Sapsan’s economy class and Rossiya airlines are barely indistinguishable, there is a world of difference between the over-all experience of Sapsan’s carriages and the cramped cabins of Rossiya’s ageing fleet. Anyone who’s traveled by train can attest that the luxury of being able to stretch one’s legs with a walk through the carriages shouldn’t be undervalued, and Sapsan’s open-plan makes it especially easy to move around. For business travelers, the tables and chargers make it ideal for on-the-move meetings. Families with young children will especially appreciate the kiddies’ carriage dedicated to children 5 y.o. and younger. For those looking for luxe-comfort, unlike on short-haul airplanes, there’s the option of travelling in style with true first-class.

It’s something that isn’t often taken into consideration, but why not reduce the chance of death when it’s so easy? Train travel results in fewer deaths per journey compared to flights. This is especially true in Russia! 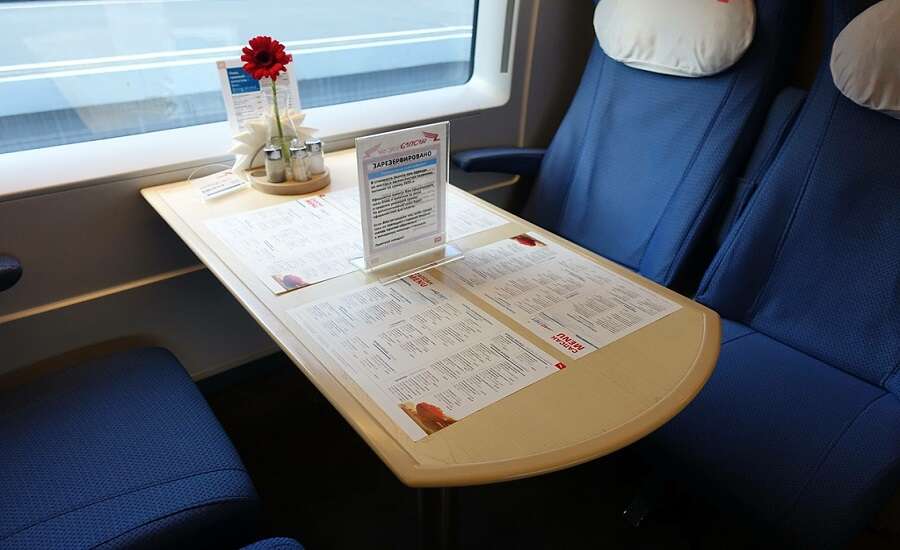 Similarly infamous are the meals served up in the skies. In fact, due to recent economizing, most Russian airlines no longer provide the complimentary, soggy lettuce leafed sandwiches. However, on the Sapsan, should your stomach grumble during the 4 hour journey, there’s a pretty decent dining car. Fresh salads, omelets, cappuccinos and blinis will keep the hunger pangs at bay, though at slightly higher than normal prices. Learn more about meals on the Sapsan train.

At least for now, short-haul flights in Russia are bereft of any form of entertainment. Thankfully, on the Sapsan there are a myriad of ways to pass the time. From the old-fashioned, courtesy news stand to the entertainment system with music, movies and audiobooks to free Wifi available throughout the entire journey; there’s something for everyone. 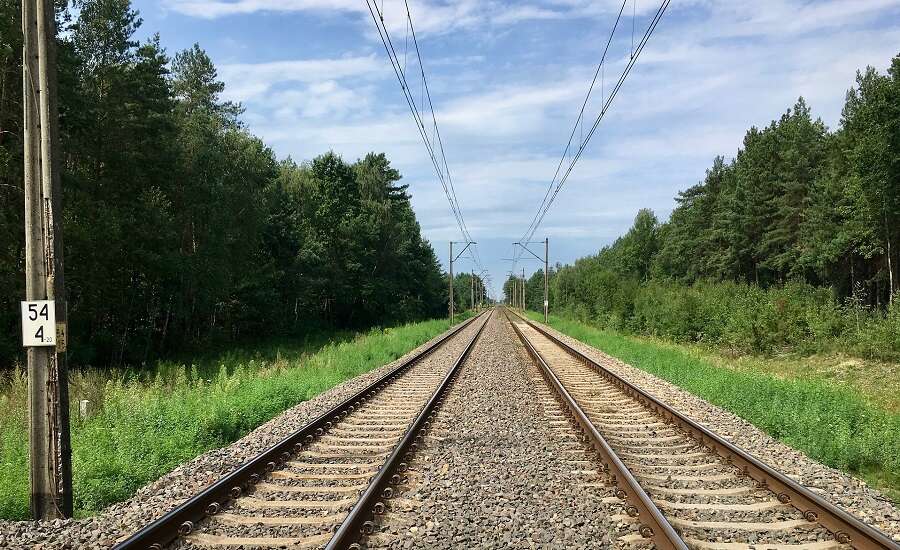 It may seem a bit quixotic, but there really is no better way to see Russia than through the window of a train. That Sapsan’s windows are simply ginormous, only makes the views even more delightful.

9. Train Stations in the City Center

In Russia, train stations can be said to be works of art. Just look at the wonderfully romantic, wrought-iron gates of Moskovsky Vokzal or the imposing clock tower of Leningradsky Vokzal. When taking the train, one can marvel at the magic and sheer convenience of arriving right in the heart of St. Petersburg or Moscow. No Sheremytevo Express from the airport that takes 50 minutes simply to get to the metro or pricey taxis rides which can take even longer than the express during Moscow’s rush hour.

The climate has never been such a pertinent issue and planes are at the crux of the problem. If you’re carbon-conscious, you really can’t go wrong with Greta Thurnberg’s preferred means of long-distance transport.